Alliance Air said it took delivery of the first made-in-India Dornier 228 plane on Thursday, April 7 to facilitate connectivity within the north-eastern states.

The airline said on Twitter, “Alliance Air takes delivery of its first Made in India Dornier 228. The 17-seater non-pressurized Dornier 228 with an AC cabin capable of day and night operations.”

The light transport aircraft will facilitate regional connectivity in north-eastern states, it added. To date, Dornier planes were being used by the armed forces only.

Dornier 228 is a twin-turboprop short take-off and landing utility aircraft which is manufactured by Hindustan Aeronautics Limited (HAL) for the Indian Coast Guard, Indian Air Force and Indian Navy.

HAL describes Dornier 228 as “a highly versatile multi-purpose light transport aircraft.” It also notes that the aircraft has been developed to meet requirements like utility and commuter transport, third level services and air-taxi operations, coast guard duties and maritime surveillance.

Its cockpit is designed to accommodate two crew members and is fitted with duplicate controls and the cabin can accommodate 17 passengers. The aircraft has a wingspan of 16.97 m, an overall length of 16.56 m, and an overall height of 4.86 m.

To be allowed commercial operations, HAL made modifications to the plane and its equipment, and India’s aviation regulator, the DGCA, issued it a type certificate in 2017.

The Dornier 228 is an aircraft well-suited for operations in northeast India. It has the capability of short take-off and landing and can land and take-off from semi-prepared runways.

Alliance Air will soon connect five towns in the North East Indian state of Arunachal Pradesh (Pasighat, Tezu, Ziro, Mechuka, and Tuting) with the city of Dibrugarh in Assam.

The first Inaugural service in the Dibrugarh-Lilabari-Pasighat-Guwahati sector is expected to take place on April 12. India’s Civil Aviation Minister Jytiraditya Scindia and Arunachal Pradesh Chief Minister Pema Khandu will be onboard the inaugural flight. 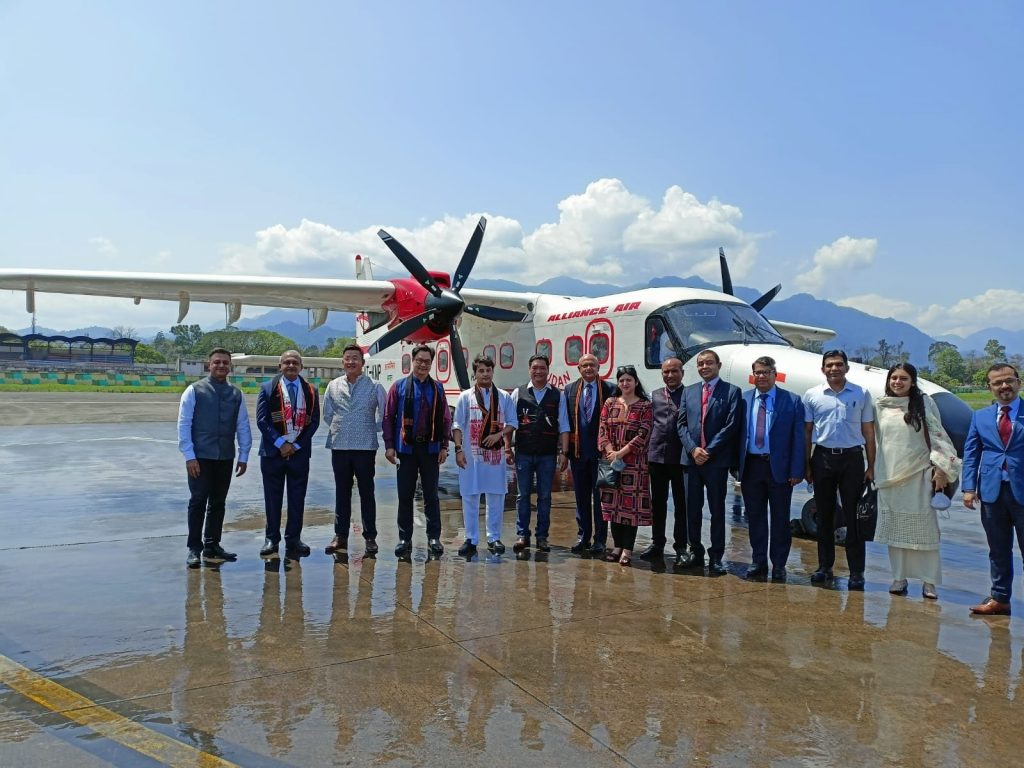 Alliance Air’s made-in-India Dornier 228 aircraft was deployed for its first commercial flight on the Dibrugarh-Pasighat route on Tuesday, April 12 with Union ministers Jyotiraditya…

Alliance Air will be operating Hindustan-228 in Arunachal Pradesh routes and has plans to procure more for other sectors in the Northern Eastern states. HAL…