Civil aviation minister Jyotiraditya Scindia launched a national air sports policy while explaining the enormous potential it holds. The minister said that the country’s air sports market has the potential to expand to an INR 1,000-crore industry.

Scindia said the air sports business in India generates revenues of about INR 80 crore to INR 100 crore at the moment. He introduced the National Air Sports Policy 2022 (NASP) to encourage its development.

“From a small market size of around 5,000 odd air sports practitioners creating around INR 80-100 crore of annual revenue in India, I feel we can target over INR 8,000 – 10,000 crore annual revenue and generate over 1,00,000 direct jobs. The economic multiplier benefits in terms of travel, tourism, support services and local infrastructure development will be over three times.

The policy (NASP) is a result of great consultation. It is important for the country as we need to look at planting seeds of growth in emerging sectors. Given India’s geographic expanse, we can offer a wide variety of air sports. If you combine that with the demographic dividend of nearly 70% of the population being below the age of 35, this is an industry that is right for the picking.”

The government has established the Air Sports Federation of India (ASFI), which will have a four-tier structure, as part of the new National Air Sports Policy 2022. ASFI shall be an autonomous body under the civil aviation ministry.

Each federation’s association can represent more than one sport, and each association’s press and secretary will be represented in ASFI as full members with voting rights. The policy intends to make India’s air sports ecosystem safe, affordable, accessible, enjoyable, and sustainable.

According to Scindia, this will help create 1 lakh jobs in the sector and raise revenue from the current level of INR 100 crore to INR 10,000 crore in the coming years. The government will also update the list of sports covered by the NASP regularly to include new air sports.

Air spaces will be created in certain locations to allow uninhibited air sporting activities in the designated areas and will be coordinated with the Air Traffic Control (ATC) authority responsible for the provision of Air Traffic Services in the respective airspace under NASP as it might conflict with other manned and unmanned aircraft operations.

The policy seeks to position the country among the top air sports nations by 2030 as well as provide a safe, affordable and sustainable air sports ecosystem. To this end, a four-tiered structure overseen by the Air Sports Federation of India (ASFI) headed by the secretary of civil aviation is being set up.

The minister said the structure had been planned to ensure that the growth of air sports was largely led by the private sector. He also informed the ministry of civil aviation was in consultation with the ministry of finance to reduce goods and services tax (GST) on equipment for air sports.

The Minister of Civil Aviation, was also able to interact with two prominent air sports players – Rachel Thomas (the first Indian woman to skydive from 7,000 feet over the North Pole) and Shital Mahajan, (the first woman to perform an accelerated free fall jump over Antarctica from 10,000 feet).

The Padma Shri awardees expressed their gratitude for the launch of the national air sports policy and said that it will help India become a leading country in the world of air sports by 2030. 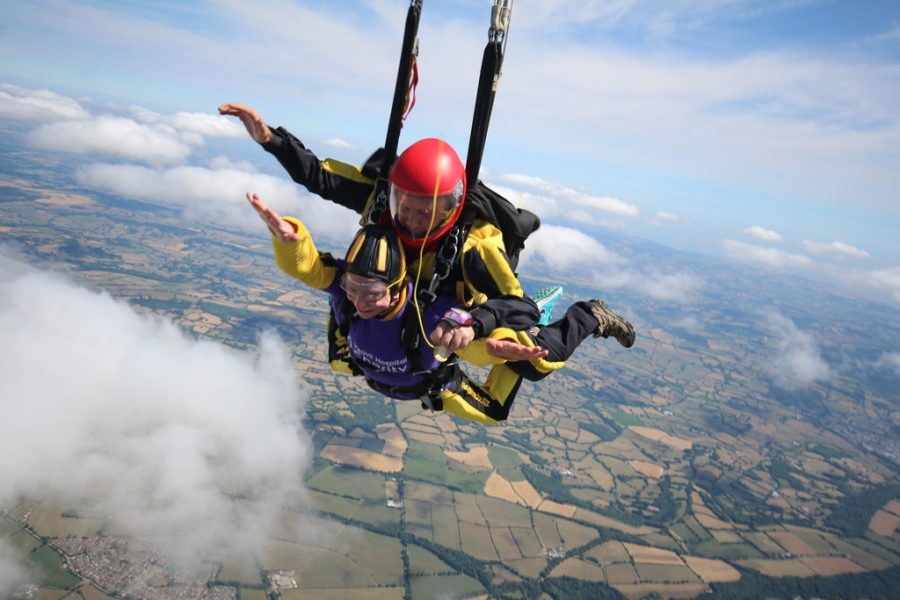