Sivadasan, in a letter dated June 13, said, “I would like to invite your attention to the heinous attempt to physically attack the Chief Minister of Kerala Pinarayi Vijayan, posing a grave threat to his life and security in complete violation of Aircraft Security Rules and conventions, in the Indigo flight from Kannur to Thiruvananthapuram on June 13, 2022.”

Upper House MP Sivadasan further said the highly condemnable incident should be promptly investigated and stringent action should be taken against the offenders who have tried to assault the Chief Minister.

Two Youth Congress leaders in black shirts on board a private airline raised slogans in connection with the gold smuggling case against Kerala Chief Minister Pinarayi Vijayan who was also on the same flight on Monday, June 13.

A viral video shows a man pushing protesters on the flight to save Chief Minister Vijayan. Two Youth Congress leaders can be seen sitting in front of the steps of the plane where several passengers are seen coming out.

Three Youth Congress workers boarded the Kannur-Thiruvananthapuram Indigo flight by purchasing tickets at the last moment from the counter, paying around INR 12,000 per ticket. After the flight landed in Thiruvananthapuram around 4:50 PM, two of them got up and moved towards the CM’s seat raising slogans. The third worker didn’t take part in the protest but recorded the act on phone.

Jayarajan, who was behind the CM, pushed the workers who fell on the aisle. “The attempt to attack the chief minister happened when he got up to take his bag,” said Jayarajan who also alleged that the protesters were in an inebriated condition.

Youth Congress State vice-president and former MLA KS Sabarinathan also released a three-second video on social media in which the two workers of the organisation were seen raising slogans against the Chief Minister seeking his resignation and a man, who accompanied the Chief Minister, pushing them away.

The airport officials later detained the two youth leaders and handed them over to the airport police. “Incident happened at around 5 PM when the two passengers raised anti-CM slogans while on board,” an airport official told ANI.

The incident was later reported to the aviation regulatory body of the Director-General of Civil Aviation (DGCA) for investigation.

What is the Kerala gold smuggling case?

The Kerala gold smuggling case pertains to the smuggling of gold in the state through diplomatic channels. It had come to light after 30 kg gold worth INR 14.82 crore was smuggled in a consignment camouflaged as diplomatic baggage was busted by the customs department in Thiruvananthapuram on July 5, 2019.

However, the prime accused, Swapna Suresh, alleged that in 2016, M Sivasankar, the former Principal Secretary to the Kerala CM, had asked her to send the baggage to Dubai which belonged to Vijayan.

However, when the bag was brought to the consulate, it was found that it contained currencies and the entire gold smuggling business had begun from then.

According to Rule 23 of Aircraft Rules, 1937, no person who is on board an aircraft shall indulge in the assault, intimidate or threaten any other person either verbally or physically.

The next landing location will be the jurisdiction for taking cognisance of such an offence. If proven, the accused can be imprisoned for one year or slapped with a fine of Rs 5 lakh or both. 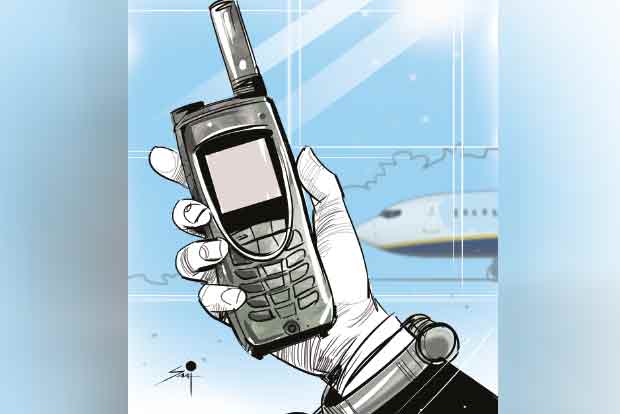