The tardy pace of work on the new apron and taxiway of Rourkela airport has raised apprehensions about whether the facility can be made operational before the Men’s Hockey World Cup in January 2023.

While the Airports Authority of India (AAI) has been accused of deliberately limiting the runway length to operate only smaller aircraft from the airport, a tender of INR 5.69 crore for construction of the new apron and taxiway was awarded to Ranchi-based RK Mishra and Co in June 2021.

It took the firm seven months to fill the earth. This apart, the cementing of the taxiway started only recently. It is unclear when work would start for the proposed terminal building to accommodate 200 passengers.

What is more worrying is the present runway length is getting extended to around 6,330 feet (1,930 metres) to cater only to ATR-72 and it would not allow bigger aircraft like Boeing and Airbus to operate from the airport.

This is even though the Rourkela Steel Plant (RSP) has provided an additional 146 acres using which the runway could be expanded to over 7,500 feet to operate big body aircraft like A320, A320 Neo and A321 Neo.

Aviation enthusiasts said the present runway of 5,655 feet (1,724 metres) is adequate to cater to ATR 72-600 and De Havilland 8-400 aircraft but three years back the airport was granted ARC 2B licence for 19-seater as such smaller aircraft was not available.

Sources said around 1,349 feet of the existing serviceable runway is being discarded over reasons unknown. The AAI  has also downgraded its plan to apply for an ARC 2C licence from ARC 3C.

Rourkela Development Steering Committee chairman and former president of Rourkela Chamber of Commerce & Industry (RCCI) Subrata Patnaik claimed the AAI is deliberately limiting the runway length to 6,330 feet, fearing that after the mega hockey event the airport may be closed to promote the Jharsuguda airport.

Patnaik apprehended if commercial flights are not started from the airport before the event,  it will be an embarrassment for Odisha.

Earlier, the AAI had hoped to complete the upgradation of the airport by March 2022, apply for replacing the ARC 2B licence with ARC 2C licence in May and start operation of ATR-72 from October. But, now it looks like a remote possibility.

After a joint meeting with top Civil Aviation officials on February 15, 2021, at Rourkela, the then Transport and Commerce department Principal Secretary MS Padhi had hoped to complete upgradation works by September and start commercial flights from December 2021.

To expedite the works, the AAI had recently posted three officers at Rourkela. The Chief Minister’s Office is scheduled to review the progress of the airport with AAI officials on February 11.

Rourkela Airport, Airport Code – RRK, is a domestic airport located near Chhend Colony, 6 kilometres west of the steel city of Rourkela in the state of Odisha. The airport is mostly used by dignitaries visiting Rourkela, especially officials of Steel Authority of India Limited (SAIL) and other VIPs.

The airport’s terminal is being upgraded to handle scheduled operations. Under the UDAN scheme, scheduled flights were to start but this has not materialized. A license for commercial usage of the airport was issued in January 2019. 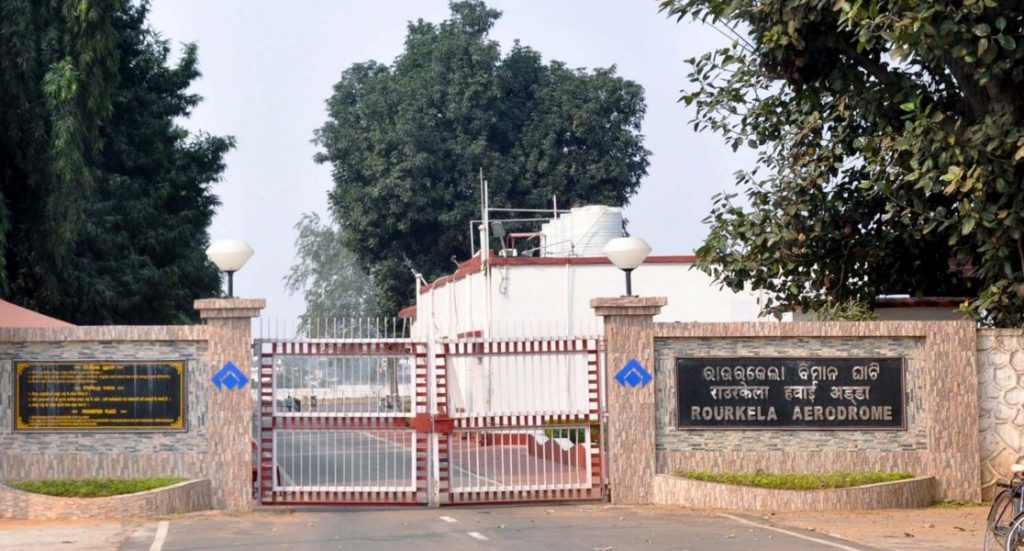 With the Men’s Hockey World Cup 2023 approaching fast, the Odisha government has prepared a timeline to operationalise the Rourkela airport of SAIL after discussing…