A parallel airline uses the equipment and operating permits of an existing airline operator by optimally utilising the leased aircraft and idle hours of the existing airlines in viable routes.

A parallel airline is a new concept that means utilizing an existing operator who has equipment (Aircraft, NOC, NSOP) and an operating permit. In short, the aircraft are leased utilizing their license and viable routes are planned. In other words, it is just like utilizing the idle hours of the existing airlines, this is the first time in the world that such a module is being framed.

“With our experienced team, we will revitalise TruJet through the infusion of fresh capital and improve its performance. Needless to say, the synergy will bring in more benefits for the end consumers. By December TruJet will be able to fly 17 aircraft a day along with 3 backup aircraft (Aircraft ATR-600).”

Vankayalapati will remain as the managing director and he along with Timothy will guide the new management team with a new business plan, said the statement, adding that the deal comes as a major relief to TruJet’s 650 employees and their families.

Following this deal, WinAir said it is all set to roll out scheduled commuter operations.

ALSO READ – Indian skies to get busier in 2022, parallel airline WINAIR on the runway

Commenting on the concept of parallel airline operations, Timothy said, “By the virtue of this parallel approach, we could create a new system connecting cities and towns toeing in line with the present government concept of Make in India, Made in India. More viable routes could be planned in the future.”

Recently, Leasing company Elix sent a notice to TruJet to ground three aircraft. The Ireland-based lessor has applied to the Directorate of Civil Aviation (DGCA) for the deregistration of the ATRs leased to the debt-strapped regional airline.

According to documents, Elix applied for the Irrevocable De-Registration and Export Request Authorisation (IDERA) deregistration on April 5 for three ATR 72-212A registered numbers VT-TMU, VT-TMP and VT-TMK. As per protocol, the DGCA sent a notification to all the necessary parties involved on April 11. 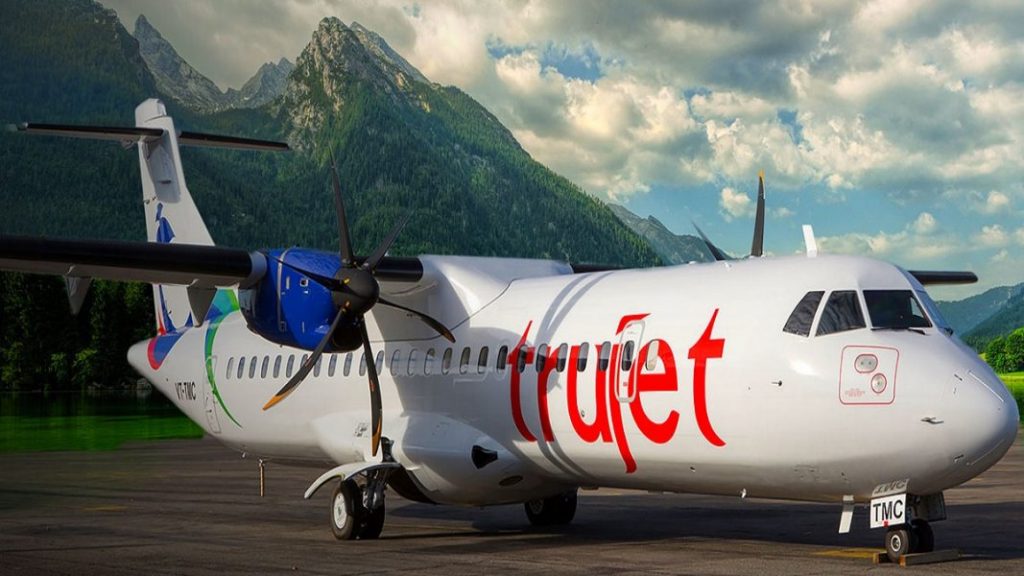 For an undisclosed sum, Megha Engineering & Infrastructures Ltd (MEIL) has returned ownership of cash-strapped TruJet to its former owner Vankayalapati Umesh. On October 9,…

Leasing company Elix has sent a notice to TruJet to ground three aircraft. The Ireland-based lessor has applied to the Directorate of Civil Aviation (DGCA)…