Budget carrier AirAsia India said its pact with full-service carrier Air India on passenger transfer in case of disruption in operations is a “standard” one and it has similar arrangements with other airlines as well.

Air India and AirAsia India have entered into an agreement that will allow them to carry each other’s passengers in case there is a disruption of operations, according to a communication.

“The agreement under discussion is standard agreement airlines enter with each other to re-accommodate guests in the event of last-minute disruptions. We already have similar agreements with almost all other Indian carriers,” an AirAsia spokesperson said in a statement.

Airlines typically enter into such interline agreements with other carriers, especially on routes where they operate a limited number of flights to prevent inconvenience to passengers in case of disruptions. These disruptions could occur as a result of extenuating circumstances such as delays, cancellations, diversion of flights.

The document seems to give first preference to Air India customers with a rule stating taking on AAIPL passengers should not affect departure times of AI flights. Another clause clarifies that paying AI passengers will get priority over transferred AirAsia passengers for AI’s business class seats.

Both airlines are part of the Tata Group. The arrangement, effective for two years starting from this month, will enable airport teams of both Air India and AirAsia to offer alternative first available flights so that inconvenience to passengers is minimised.

The two carriers have entered into the IROPS (Irregular Operations) arrangement through a pact, which allows the transfer of passengers to each other’s flights in case of disrupted operations, according to the communication.

However, the carriage of passengers will be on an “as available” basis as determined by the airport manager of accepting airline, it stated. On January 27, Tata Group completed the takeover of Air India.

Tata group now has four airline brands in its portfolio: Air India, its low-cost arm Air India Express, AirAsia India (in which it owns 83.6% stake), and Vistara (which is a 51:49 joint-venture with Singapore Airlines). Barring Vistara, the Tata group is likely to put in effect greater synergies among its portfolio airlines. 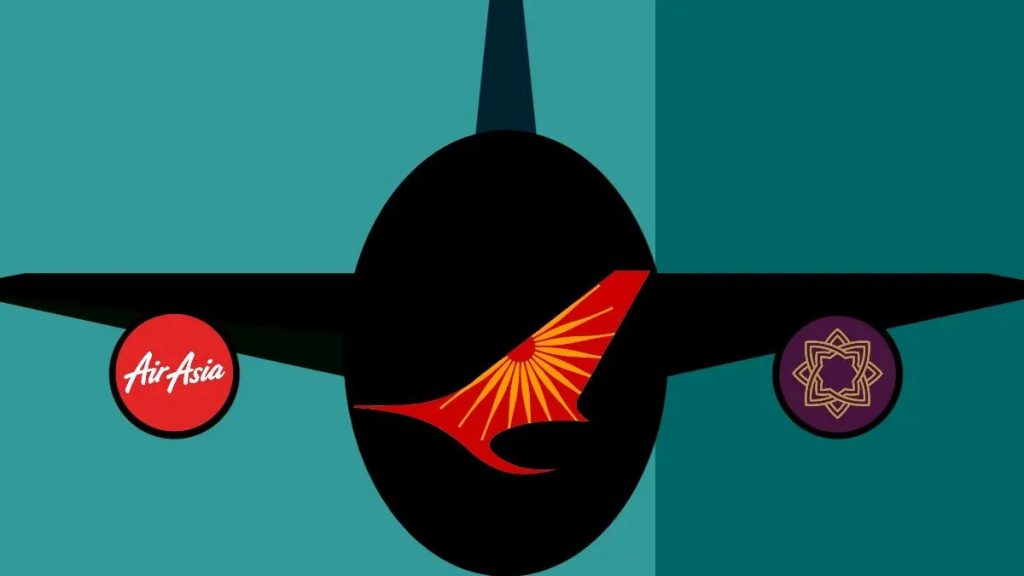