Indian aviation pioneer, name of JRD Tata will be inducted into the ‘Memorial Wall’ of the Experimental Aircraft Association (EAA) at Oshkosh, Wisconsin, in the US this year.

The only other Indian to be inducted into the ‘Memorial Wall’, which includes names of famous aviators and astronauts, is the late Kalpana Chawla, the American astronaut who was the first woman of Indian origin to go to space.

“This year we celebrate the 90th anniversary of the first airmail flight by JRD Tata. It is only befitting that his memory will be honoured at the greatest aviation celebration of the world, in the dedication ceremony which will be held on July 31,” said Capt S Sabu, secretary of the Indian chapter of EAA which was formed in January this year.

The EAA has more than two lakh members and hosts the largest aviation gathering of its kind in the world in Oshkosh.

The Experimental Aircraft Association (EAA) is an international organization of aviation enthusiasts. Since its inception, it has grown internationally with over 200,000 members and nearly 1,000 chapters worldwide. It hosts the largest aviation gathering of its kind in the world, EAA AirVenture Oshkosh.

“Every year on the closing Sunday, the EAA Aviation Foundation hosts the Memorial Wall ceremony where new inductees are honoured. This heart-warming ceremony includes a poignant reading of inductees’ names, a breathtaking ‘Missing Man’ flight formation, and concludes with the playing of taps. The ‘Missing Man’ flight formation is a time-honoured tradition amongst aviators to honour those who are no longer with us.”

Today, the airline JRD Tata founded is back in his company’s fold and some want to pay tribute to the “father of civil aviation” in India.

The Federation of Indian Pilots (FIP), a body of commercial pilots, has written a letter to Prime Minister Narendra Modi earlier in January asking him to declare the anniversary of JRD Tata’s first flight as National Aviation Day and the name of the next major airport in honour of India’s first commercial aviator.

The letter cites the United States of America, which celebrates August 19 as National Aviation Day every year. August 19 is the birthday of Orville Wright, the first person to accomplish powered flight.

The Federation of Indian Pilots hopes October 15 this year itself can be declared National Aviation Day, as it will be the 90th anniversary of JRD Tata’s first flight. 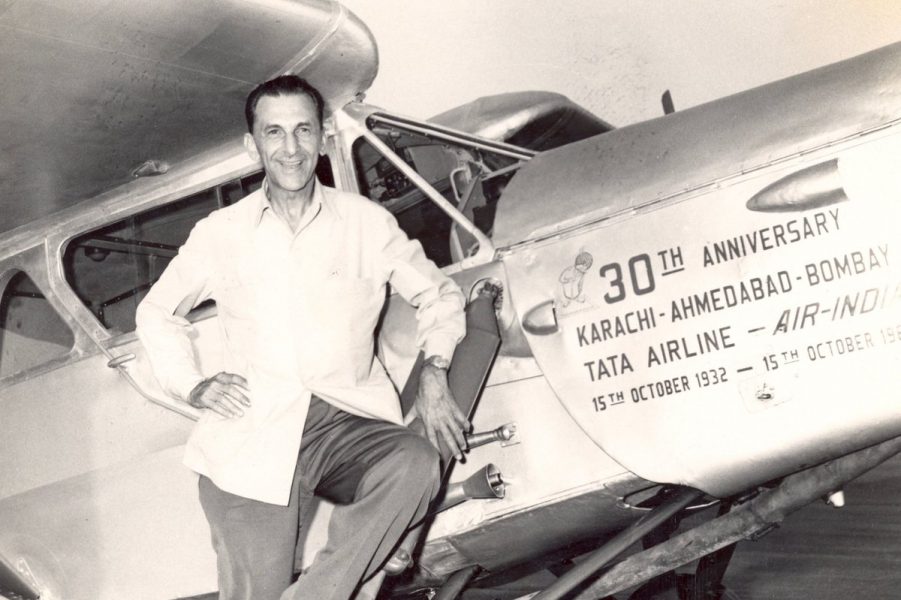 As Air India takes to the skies again as a ‘Tata enterprise’, many are recalling the contributions of the man who heralded civil aviation in…