The government on Monday, August 1 informed Rajya Sabha that private players are free to use drones for delivery purposes provided they comply with Drone Rules, 2021.

The Union Minister said that last year in September the Government notified the Production-Linked Incentive (PLI) scheme to promote the growth of drone manufacturing by private companies.

The government is already utilising the services of drone players for vaccine delivery, and inspection of oil pipelines and power transmission lines, among other things. Drones offer tremendous benefits to almost all sectors of the economy from agriculture to law enforcement.

Drones have also been deployed by authorities for the survey of mines and land mapping under the Centre’s ambitious Survey of Villages Abadi & Mapping with Improvised Technology in Village Areas (SVAMITVA) scheme.

ALSO READ – Uttar Pradesh to have a drone excellence centre

Gujarat is home to the largest number of such ITIs at around 20, followed by Uttar Pradesh with 15 and Assam with 14. Maharashtra is home to 12 such ITIs, while Andhra Pradesh has 11 such ITIs.

In January this year, Zypp Electric also announced that it would commence drone delivery of packages in five cities – Bangalore, Hyderabad, Mumbai, Pune, and Delhi-NCR. Piramal Foundation, in collaboration with Redwing Labs, also piloted drones for faster transportation of tuberculosis samples in Odisha’s Kalahandi in April this year.

The Centre has lately unveiled a slew of measures to spur the drone manufacturing sector. From liberalised drone rules to banning drone imports, the Centre aims to leverage ‘Drone Shakti’ to push emerging startups from the sector.

According to a report, the Indian drone industry generated revenue to the tune of USD19.93 Mn in 2022. This number is expected to grow annually at a compounded annual growth rate (CAGR) of 10.12% between 2022 and 2027. 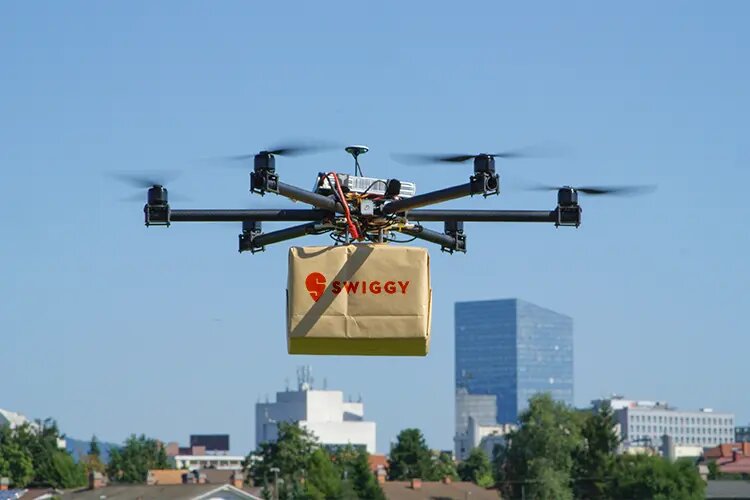 Swiggy has entered into a partnership with Garuda Aerospace to begin trial runs using drones to deliver groceries in Delhi-NCR (National Capital Region) and Bengaluru,…