SpiceJet said on Tuesday, August 2 that it has cleared all the outstanding principal dues to the Airports Authority Of India (AAI). As a result, AAI will release a 50 crore bank guarantee which will provide further liquidity to the company.

The AAI had in 2020 put SpiceJet operations on a “cash and carry” basis possibly due to the carrier’s non-payment of airport dues.

SpiceJet will no longer remain on a ‘cash and carry’ basis at AAI-run airports. The company said that it will revert to an advance payment mechanism for daily flight operations.

In the ‘cash and carry’ model, the airline has to make daily payments to the AAI for various charges — navigation, landing, parking, and others — to operate flights.

“In another big boost for the airline, AAI will release SpiceJet’s INR 50 crore bank guarantee following the airline clearing all its principal dues. This will result in additional liquidity for the airline.”

SpiceJet has flown with the highest passenger load factor in the Indian skies for a record seven years. Starting April 2015, the airlines have recorded the highest occupancy among all Indian domestic airlines – a feat unparalleled in global aviation.

The airline also holds the envious distinction of having flown with a Passenger Load Factor (PLF) of more than 90% for a record 58 consecutive months.

The airline’s domestic network covers the length and breadth of the country with it operating to 51 domestic destinations. Pioneer of the regional connectivity scheme, SpiceJet is the country’s largest regional player helping connect the remotest parts of the country by air.

The airline’s focus on providing direct flight connectivity to regional hubs not only ensures better connectivity but also has a cascading effect on tourism and economic activity in the region. SpiceJet has added multiple UDAN destinations to the country’s aviation map.

In the April-December period of 2021, the airline posted a net loss of INR 1,248 crore. The airline is yet to declare results for the January-March period of 2022.

Earlier, in light of multiple technical malfunctioning incidents reported between April 1 and July 5, DGCA had on July 27 acted on its show-cause notice to SpiceJet and cut the airline’s operations to 50% of its current departures that were approved under the summer schedule.

The aviation regulator had issued a show-cause notice to the airline saying it had failed to “establish safe, efficient and reliable air services”.

SpiceJet is an IATA‐IOSA certified airline that operates a fleet of Boeing 737s, Q‐400s & freighters. It is the country’s largest regional player operating multiple daily flights under UDAN or the Regional Connectivity Scheme. 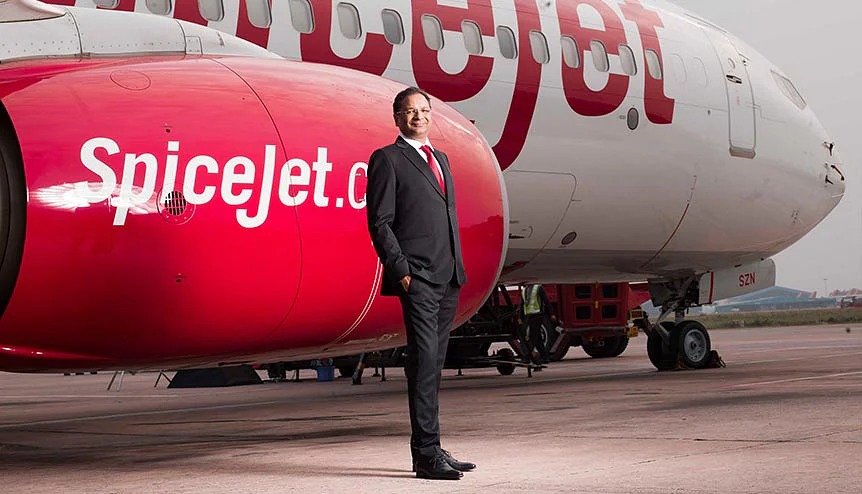 Low cost carrier SpiceJet is said to be in active discussion with a Middle Eastern carrier for a possible stake sale. SpiceJet promoter Ajay Singh holds a stake…